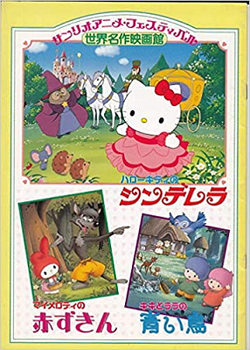 Advert for Hello Kitty no Cinderella, My Melody no Akazukin and Kiki to Lala no Aoi Tori.

The original series was published on July 22, 1989 at 58 buildings for the former National Toho Yōga-kei (洋画系) (Western-style) cinemas (these cinemas later became New Toho Cinema 2 and were again closed in 1995).[1]

The third series was introduced on July 20, 1991. The distribution income was around 300 million yen.[2]

The fourth series was introduced on January 13, 1996; the first time in four and a half years.[3]